Covid-19, Lockdown 2, A Rural Diary - Leaves, Landie, Llama and The Pleasures of Pottering

I don’t know about you, but ever since the second Lockdown was announced, I have lost my mojo. There has been something about going back into a caged existence which has really affected my mental wellbeing. Maybe this is because I have so enjoyed the travelling we did in the interregnum of the Lockdown Drama - an absolute life-saver because it was the closest I have got to ‘normal life’ in months. It was a joy to escape, to get out of the endless Lockdown loop, to broaden my horizons once more.

Now, here we are, pacing around the house once again. I have more than enough to keep me occupied, don’t you worry! But it is the lack of choice in the matter which is arguably so exhausting. My brain keeps thinking ‘normally’ and then I realise that the things I think I can do, I can’t. Those little things like hooking up with a friend, going out to supper or popping down to the pub because you can’t be bothered to cook. I don’t want a takeaway. I don’t want another zoom meeting. I just want to see people. I just want to hug people. I just want all those things that were so natural to be able to be natural again. And my biggest background fear is that they will never be natural again. At least not for a long time. The way we are being forced to change our behaviours ever since Covid invaded our lives may indeed have long-reaching consequences - some of them good, some not-so-good. I also realise that I’m still very fortunate, so I mustn’t complain. However, I’m also quite sure I’m not alone in having lost some of my positivity in recent weeks....

As many of you will know, the weather up in the north west of England is not always the best - and here in the High Peak it can be pretty grim. The short days since the clocks went back have not been helped by the low cloud and high winds and lashing rains. It is not just the afternoons which are dark, but the days too. It is well-researched how a lack of natural daylight lowers the mood, so that will certainly not be helping. So, it was with a certain level of unbridled joy that I woke on Friday to glorious sunshine taking me both out of my head and out of the doldrums and into the garden.

Now we all know what great therapy gardening is and I’m delighted that this is finally being more openly acknowledged and that gardening therapy groups are popping up all over the place. It’s no longer just seen as something for old people, thank God! And I can certainly vouch for the fact that a few hours outside, doing some pottery sort of jobs, did wonders for my wellbeing - as well as giving me a hearty dose of Vitamin D (and we all know how important that is in the fight against Covid - and if we don’t we should, but more of that another time).

So what did I do? Well, not a lot really - well not a lot of any real significance. I didn’t re-landscape the place or plant a small forest or mulch my borders or anything like that. No, I just ‘pottered’ - one definition of which, I learned today, is to fill your time with small, practical but satisfying occupations. In essence, this is what I have spent most of my life doing given I am one of the world’s great procrastinators! There is nothing better than putting off doing something important by doing something necessary, trust me! I’m a pro. Now, of course, you ask: Define ‘necessary’. Well, into that category I would happily put: de-fluff my jumper; sew that button on; darn that hole; shake out that mat; get the fluff out from behind the radiator, re-organise the fridge; deadhead the roses...you get the idea. The roses won’t die if you don’t deadhead them, but you will get more flowers. It’s as simple as that really.

And so I set about some simple (necessary?) tasks in the garden: I admired the view (who couldn’t?); I collected the windfall apples into a nice wire basket and a wooden trug (satisfaction of feeling both aesthetic and ‘country living’ with promise of good food to come); I collected up branches broken off in the high winds for kindling (nothing like a bit of re-cycling); I fed the birds (they wouldn’t die if I didn’t, but it makes you feel good and you get to enjoy seeing them on the feeder); I noted the hole in the roof of the woodland hut which needs fixing, the piles of wood which need chopping for logs (informed husband of both!) and, wistfully, how the season had shifted closer to winter with all that burnished autumn colour now lying firmly on the ground; I swept up huge drifts of leaves and put them on the compost heap to decompose into wonderful leaf mould mulch for next year (more thrifty re-cycling, very satisfying); I admired the roses (didn’t even deadhead!); I fed the llama some hay to give her a change from grass (she seemed grateful); I picked lichen and moss out of the crooks and crannies of the old Land Rover Defender which sits outside through all seasons and which is due for an MOT (wanted to give the impression it was loved to give me some psychological leverage with the tester!); and finally I raked the gravel on the drive (a truly unimportant job, apart from the fact it was thin in some patches and like Chesil Beach in others and it gave me the best workout I’ve had since the gyms closed! My abdominals are still sore, three days later...).

So there we are. A morning of delightful pottering in the garden in the sunshine. I returned to my cage feeling greatly revived and somewhat more positive and instantly set about the satisfying (and unimportant) task of peeling the apples to make compote for a crumble. It’s a win-win! 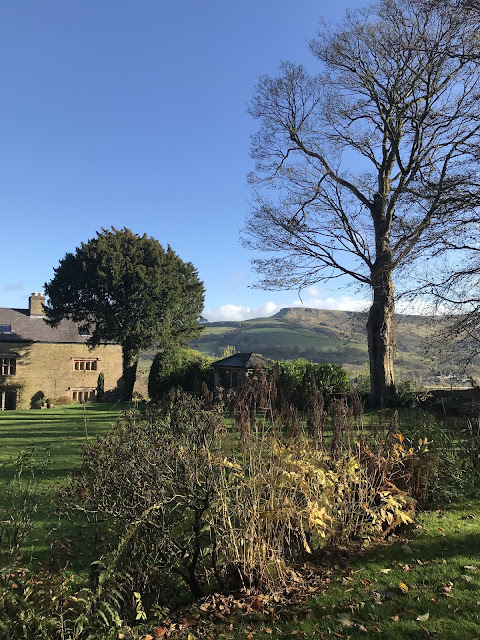 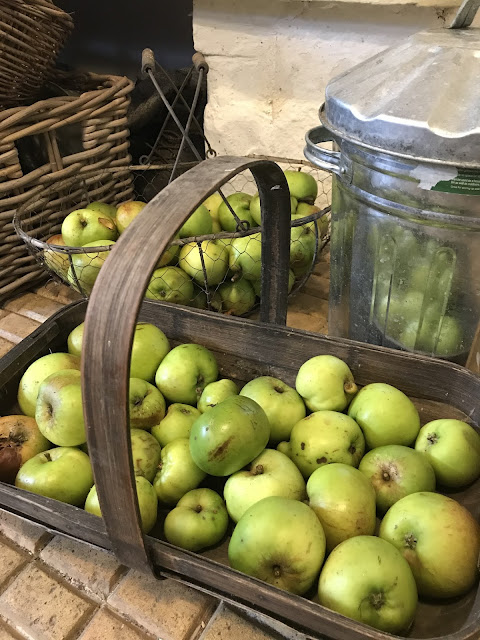 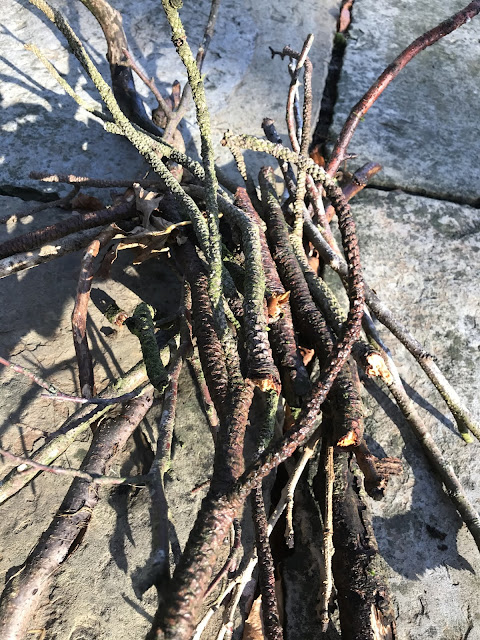 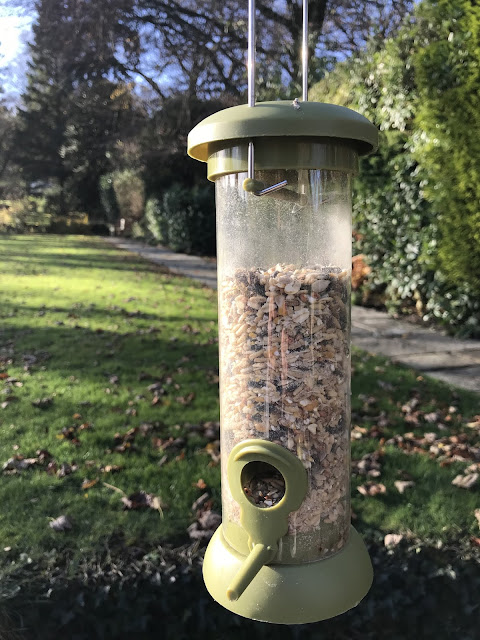 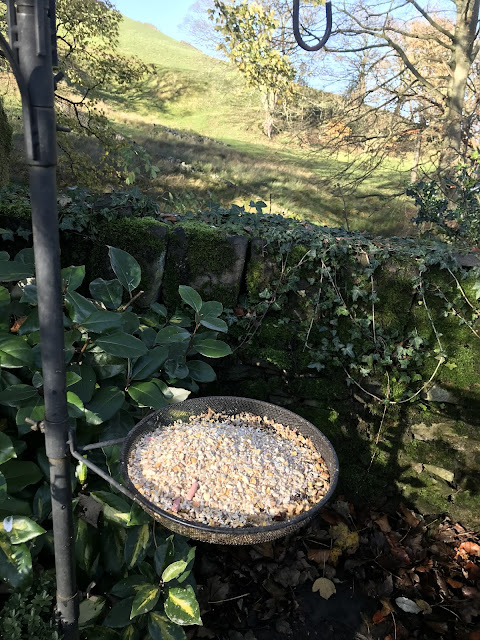 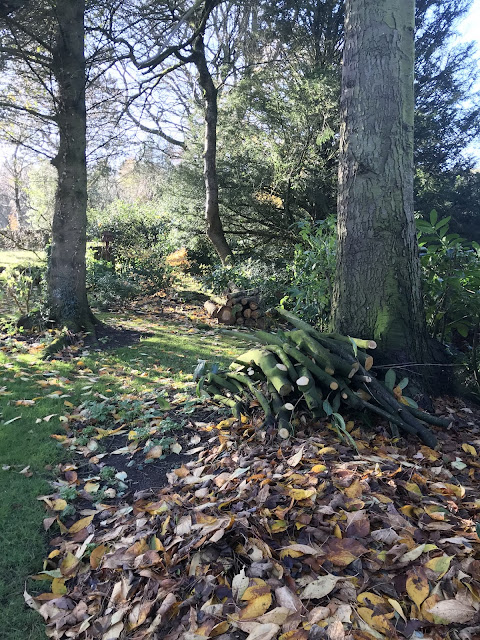 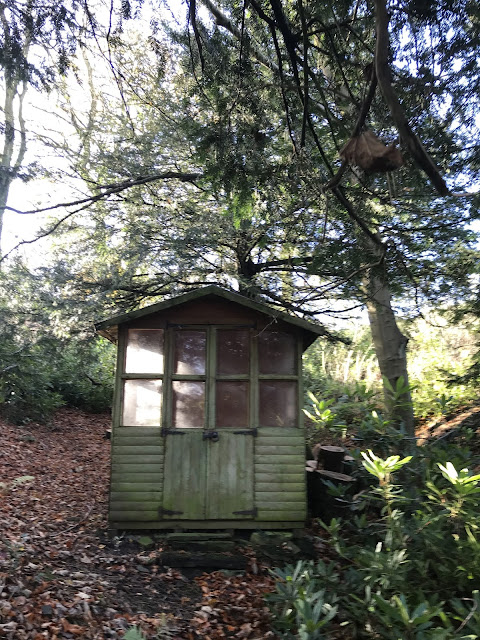 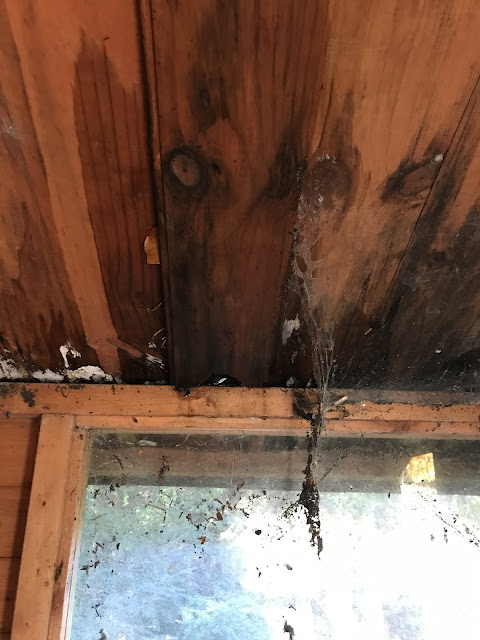 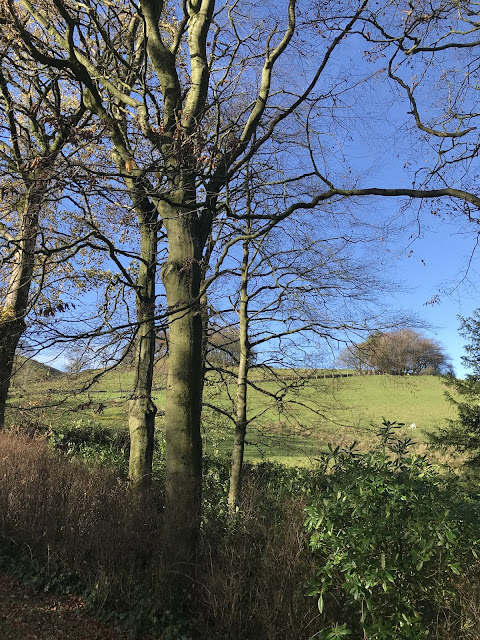 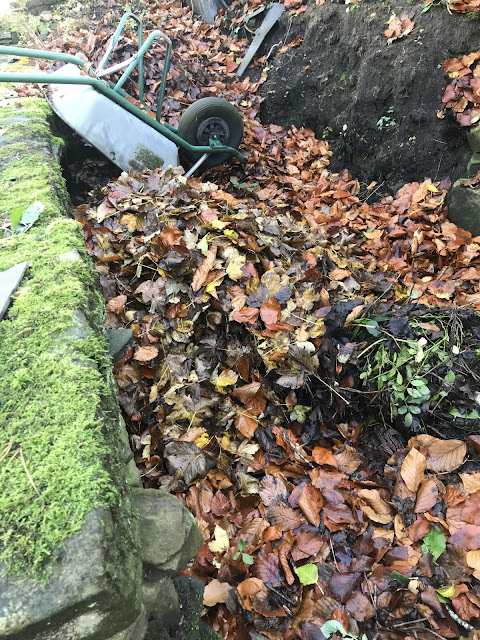 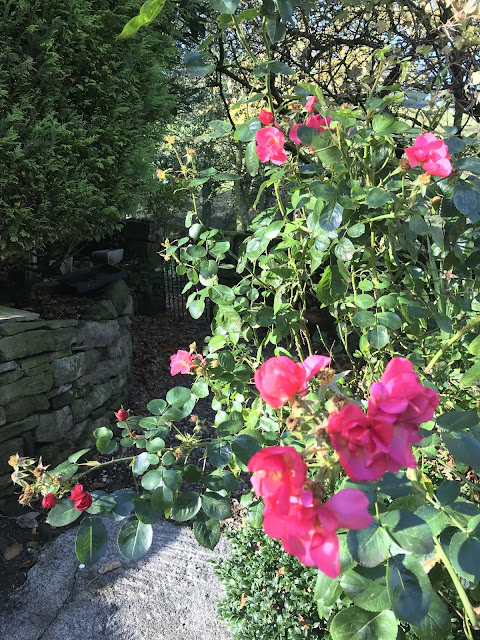 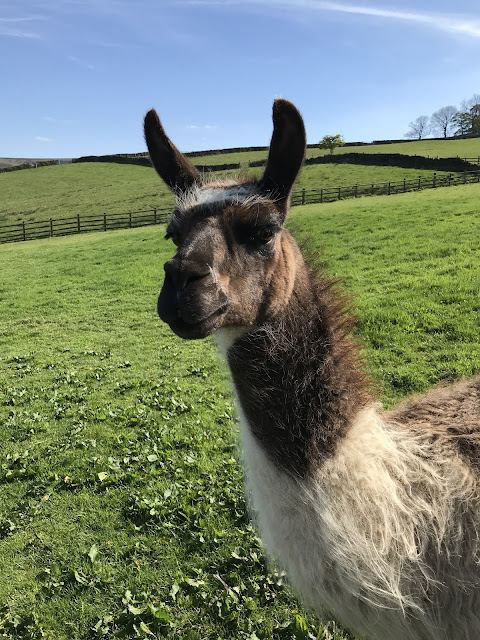 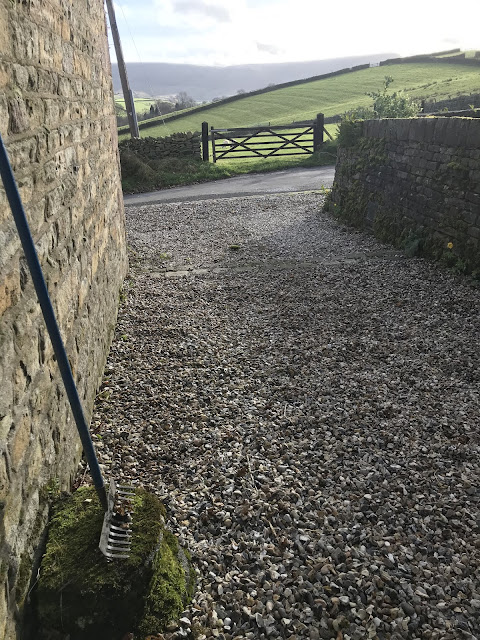 Linda said…
I dearly love hearing about your day and I am right there with you on puttering! Been doing the same thing myself!
Monday, 16 November, 2020 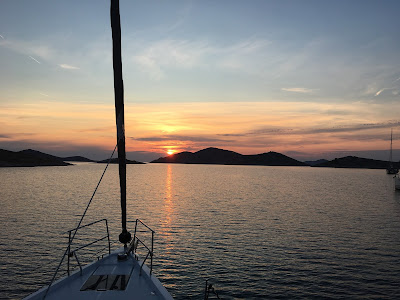