November is a funny month. It’s a bit like Marmite - you either love it or loathe it!

I used to be a November-lover, but for the last seven years, I have been beset by family trauma every November. In November 2014, my father fell ill on Remembrance Sunday which was 9th November that year. He died 10 days later (yesterday was the 7 year anniversary) after a hugely stressful and traumatic week in intensive care and the stroke ward (the fatal stroke was induced by the defibrillator to re-set his tachycardia), it seems that I have been set on a course to suffer intensely in those dark, dank, stormy days, of the eleventh month, throwing all my plans to be ‘ready for Christmas’ and leaving me physically and emotionally drained.

This year, however - and I hardly dare say this as the month is not out yet! - a certain calm is ruling. The weather is mainly still and settled, no gales to strip those beautiful autumn leaves from their branches, no lashing rains, no snow (yet!) which sometimes makes an appearance here in the High Peak before December. The mood is mellow. The colours are divine. The skies have been blue as well as grey. There is a milky quality to the light which is washing the views with a soft, ethereal filter - and all is emotionally quiet in my world. Could this be the ‘calm before the storm’? Or is the 7-year cycle now complete?

There are seven days in the week and, for those who know anything about the Bible, God rested on the Seventh Day (Sunday, Day of Rest). The 7-year itch is well-known for people calling for change in relationships. Seven is also considered a lucky number in games of chance. So, it seems there may be some significance in this number after all and perhaps that is why, in November 2021, I am having my Year of Rest. Oil has been poured on troubled waters in this seventh year, and I can only hope that a new cycle is beginning of greater peace and calm in this strangely elusive month, somehow trapped between Autumn and Winter and never quite knowing which personality to express.

And so I move, gently, to the Act of Remembrance. This year the powerful, essential 2-minute silence which I yearn to respect every 11th November and Remembrance Sunday, even more so since my father suffered during this time, has eluded me. It is the moment when the world should stop and reflect on what the human race is capable of creating - both the horrors of war or the beauty of love. It is time to remember those that we have lost, to pay them our respects and to pray silently that there is still hope for humanity, that we learn our lessons and that we grow in wisdom from them. I was in a yoga class with a broken clock on 11th November - I dropped a hint that we could take two minutes at 11am but the penny didn’t drop with the teacher, so I thought my own private thoughts while the pose was being taught. And on Remembrance Sunday I was in a park in Newcastle following E’s graduation, desperately trying to find a quiet spot where no dog walkers, runners or people would disturb me. I found a stone bridge and a view but as the clock turned to 11am a young family came by discussing swimming lessons rather loudly, and shouting excitedly to each other! It was a battle to contain my thoughts, but at least I’d tried. In the afternoon we managed to get to the cathedral and I was finally able to sit quietly and reflect, listening to the music of Evensong as the beautiful voices of the choir soared in the majesty of this place of worship.

Fittingly, I would like now to share with you a poem written by my Great Great Uncle on my mother’s side, The Very Reverend Frederick Edwards. He emigrated to the USA as a teenager and stayed there for the rest of his life. A scientist and an artist, a notable orator, and an eminent priest his last position being Dean of St Paul’s Cathedral, Detroit, as well as special evening preacher at Grace Church, New York City.  He wrote a six-volume collection of poems called The Natural Year which reflected his love of botany, nature and his birthplace. I would like to share with you his poem for Armistice Day, 11th November 2018, which came just a month and few days after his beloved only son, Trevenen, was mortally wounded in action on 5th October in Montfaucon, France, dying from his wounds a day later.

The city is blasting with colours and bands

And troops in their martial array,

To crashing and cheering and waving of hands,

Parade - but our hearts are away

On the long battle line, in the places now still,

Where they came to the end of the quest;

And the little flags flutter and fall on the  hill

And the plain, where their bodies now rest.

So late all was rocking and roaring with shell,

While the air squadrons fought overhead,

And men in their loyalty battled and fell,

And now, it is quiet with dead.

And there are the lonelier wastes of the sea,

Patrolled in the storm and the night,

Where the waters have covered a service that we

May honour but never requite.

The church bells are ringing the war to its close,

The fires of thanksgiving burn;

But our hearts are away, in the vigil with those,

Who went and will never return.

I wish I had discovered this poem when we were organising my father’s funeral. He was profoundly moved and scarred by the horrors of war which he had witnessed while living on the front line in Brighton as a boy. There was a certain circularity in the timing of his death and this poem would have been perfect in so many ways as a mark of respect for the man I still miss so deeply too. 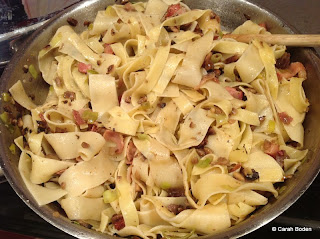